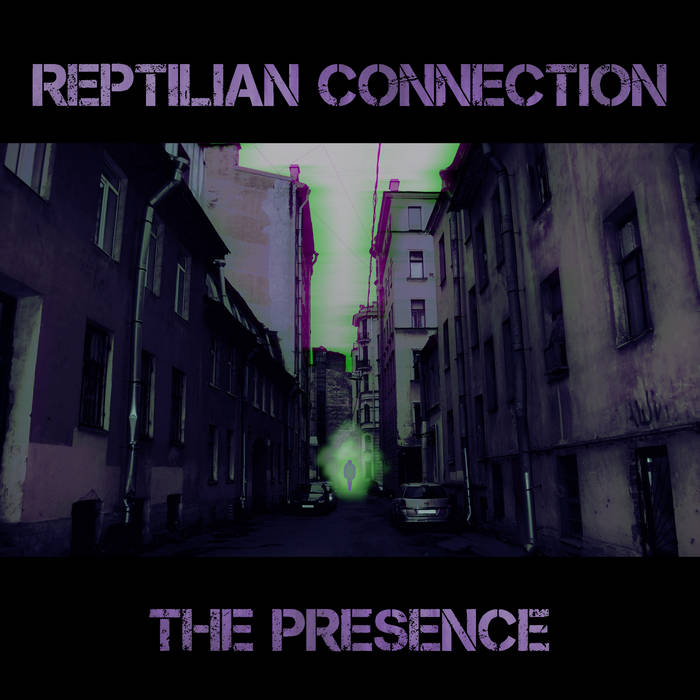 “The whole lybrary is covered with this dreadful magic [signs]. Only three letters are in English. Everything else is written in the mysterious reptile language. Some could say this is just a graffiti. People when they make graffiti... they express their feelings, their opinions, make some advertisement. But tell me what is the point to write anything people can't read. Huge funds, huge money is spent on this. And no one sees it when exactly it's all written. Because if it's written on incomprehensible language this is the curse this is the magic aimed to make aura harmful for the local population. Here they are the painted reptiles.” Mikhail Levadniy, The Magic of Reptiles.

After two years of silence Reptilian Connection returns with it's second release - LP The Presense. Combining gloomy and mystical atmosphere of St. Petersburg's dim yards, psychedelic space vibes and eastern philosophy Reptilian Connection creates unique mix based on old school and modern hip-hop, East Asian traditional music and dub complemented with some other styles (dubstep, darkwave, etc). The Presence represents 9 stories about alien and paranormal beings existence on Earth, in Open Space and Other Dimensions. The journey begins in city ghetto controlled by lizard people, continues through cosmic sewerages, the reptilians' home world called Nibiru, ancient tombs of aliens and ends in the darkest depths of the oceans where prehistoric armoured fishes wait for their time to subjugate the minds of all the living creatures on Earth.

All music by Reptilian Connection
Released by Dan Dada Records